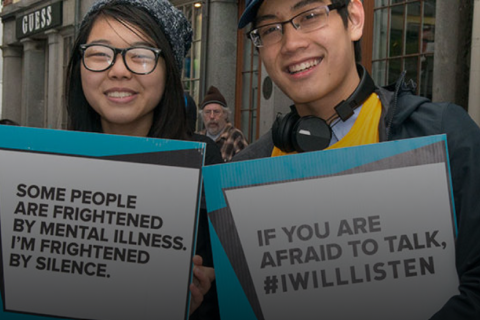 NAMI-NYC has been in various news outlets for its advocacy work in mental health.

NAMI-NYC In The News

Read a sampling of some of our notable features, press highlights, and media mentions

Opinion: What Mass Shooters Often Have in Common. NEW YORK TIMES. | Letter to the Editor by Matt Kudish

Busy Philipps has some fun at the Seeds of Hope NAMI-NYC 40th anniversary fundraiser gala. PEOPLE

What happens after a call to the mental health hotline? CRAIN’S NEW YORK. | Quoted: Matt Kudish

Why Are Latina Moms in New York Reporting Such High Levels of Anxiety and Depression?. THE CITY (via The Fuller Project).

HBO’s ‘In Treatment’ to offer meditations, therapeutic content related to show. THE GRIO

The NYPD Currently Responds To Mental Health Crisis 911 Calls. Advocates Have Another Approach. GOTHAMIST via CCIT-NYC | Jamil Hamilton quote on behalf of NAMI-NYC.

Stop the Stigma: Continue the conversation on the “CBS This Morning” Podcast. CBS THIS MORNING (PODCAST) | Karen Varano interview.

How We Created a Community to Fight the Stigma Around Mental Health. THRIVE GLOBAL | Matt Kudish author.

NAMI-NYC Stands with the Asian American Community Against Violence – March 26, 2021